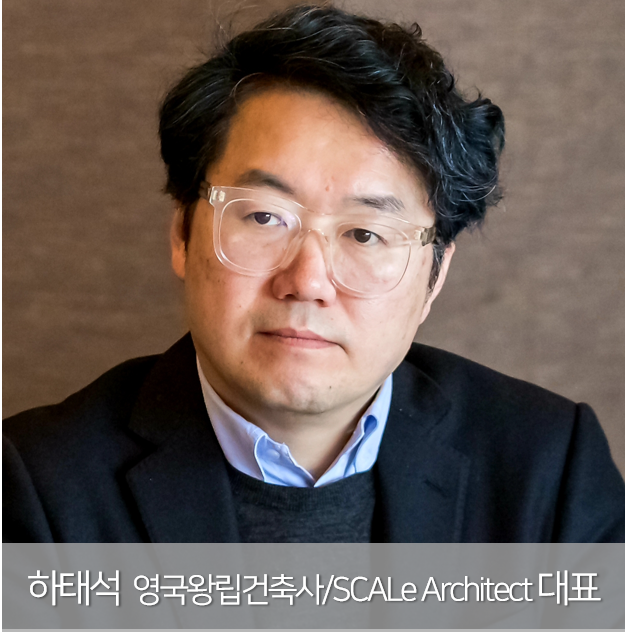 Royal Architects of the United Kingdom / Representative of SCALE Architect

Tesoc Hah is Korea’s leading futuristic architect who integrates IT with architecture. In 2007, he designed interactive media bus shelter Flow, and this work was listed in middle school art textbooks. In 2010, he exhibited the customized architectural design system that uses smartphone apps to design houses and masterplan at the Venice Biennale. In 2013, the collective intelligence public architecture design system was exhibited as interactive media art at the opening of the Museum of Modern and Contemporary Art, Seoul. He designed the National Children’s Science Museum, a kinetic building that moves in real time and changes according to weather. His invention Xindie is media pavilion which citizens are able to participate by smartphone app. His mixed reality media work has exhibited in the special exhibition of the 20th anniversary of the National Museum of Modern and Contemporary Art, Deoksugung. He recently complete IMhouse which learn his masters lifestyle to adapt daily needs and moods.

He graduated AA school and is a registered architect in UK. From 2005, he was a partner of iArc Architects, who designed the Seoul City Hall, for seven years, and led the digital transformation of architecture. In 2006, he won Young Architect Award. In 2012, he founded Young Architect Forum Korea. In 2012, he founded SCALe, an intelligent architectural design company. In 2017, he founded Future City Society, an organization that prepares future cities through collaboration between art and technology. He is also an international adviser to Hyundai Motors Future Mobility and KEPCO University. He is architecting the city of the future initiated by the fourth industrial revolution through the concept of adaptive city.